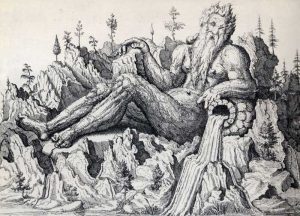 A Window on the Past. Restoring the Tudor and Jacobean Garden. By Richard Wheeler.
Saturday, 9th March at Bawdeswell Village Hall, Reepham Road, NR20 4RU

Henry Stuart established the pattern for Renaissance gardens and statuary at the Palace of Richmond. The Garden was on the site of the present day Old Deer Park. These gardens were widely copied and the bones of them still exist today. Richard told us of some National Trust restorations which are still on going to open up the front aspects of some of their properties.

Chastleton House came in for special mention for its lovely setting and formality. Renaissance gardens were much altered from Henry Stuart’s time to Victorian times but Garden design has never remained static and is a palimpsest.

‘A Tale of Three Gardens’ (Sissinghurst, The Courts Garden & Bodnant Garden) An illustrated talk by Troy…

Membership of the Norfolk Gardens Trust offers many benefits. Each year we have at least three gardens to visit, an AGM, a series of talks during the winter months and a magazine published twice yearly.
Find Out More
© Copyright 2022 - Norfolk Gardens Trust - All Rights Reserved.
Back To Top
×